My Year at the Mill: A Creative Residency 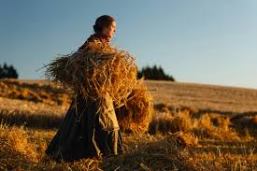 I’ve already written extensively about the ‘graffiti’ which appears in the mill, and discussed how the need to ‘leave one’s mark’ has become a lasting legacy for those of us who are concerned with preserving the stories of the past. This inscription above can be found on the top of one of the pillars in the meal floor (basement).  As you can see, Stewart Kidd, Miller, returned, unlike many of his peers.

Armistice Day, November 11th, seems a fitting time to remember some of the people who lived and worked at Barry Mill, and became caught up in the turmoil of the Great War.

Stewart was one of six sons born to William and Fanny Kidd, who married November 28 1873, William, born in Blairgowrie, was a farm servant, but joined the railway as a pointsman, later promoted signalman. Fanny was born in Kirkmichael.  Stewart’s younger brother Edward followed him into milling and both worked at Barry Mill for a time. One can only imagine the heartache of Mrs Kidd as she bid farewell to all six of her enlisted sons.

Stewart and Edward joined the 13th Battalion, The Scottish Horse Yeomanry, The Black Watch (Scottish Highlanders). Their unit was involved in fierce fighting in Salonika, and later in France. We believe that none of the brothers were killed in action, which is something of a miracle, given the enormous and tragic loss of life during the conflict.

With every leave-taking, there comes a homecoming, at least for the lucky ones. Our two Barry Mill brothers would have come home to a very different country. They may have found their personal circumstances greatly altered too. Families bereft at the absence of the younger generation would have coped in the best way they could. Relatives may have died, sweethearts moved on. We know that Stewart married  Jessie Dempster on his return, three months before the Armistice. Their son, William was born in 1920, but sadly died in his first year.

The changing face of life on the land after the war is a theme poignantly explored in Lewis Grassic Gibbon’s Sunset Song. We paid tribute to his work in a special event at the mill in 2014, and hope to hold something  similar next year.The book was recently voted Scotland’s favourite novel, and it seems appropriate to end with a few words about Long Rob of the Mill, who, on the eve of war, argued fiercely against joining up:

‘For Long Rob had never come back to the Mill. It had fair been a wonder him joining the soldiers and going off to War the way he did – after swearing black was blue that he’d never fight, that the one was as bad as the other, Scotch or German….He’d been one of the soldiers they’d rushed to France in such hurry when it seemed the German childes were fair over us, and he’d never come back to Kinraddie again, just notice of his death came through and syne a bit in the paper about it. You could hardly believe your eyes when you read it…Well that was the Mill, all its trade was gone’